Georgian businessman shot dead in his car in Kiev 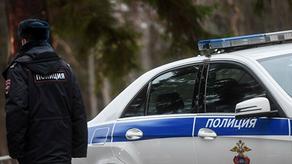 Georgian businessman Nikoloz Davitashvili has reportedly been shot in his car, with his body being dumped in a well later. According to the local media outlets, Davitashvili was on a working visit in Kiev.

Ukrainian law enforcers have detained four murder suspects -- two Chechens and two Russians -- with only two of them having pleaded guilty.