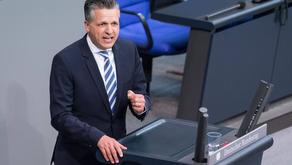 Germany plans to remove the word “race” from its Constitution in the framework of fighting racial discrimination. The idea belongs to a group of deputies, who believe that expressing the notions in such form are highly racial, writes Der Spiegel.

The opposition is supported by the Minister of Justice, representative of the Social-Democratic Party, Christine Lambrecht. She considers that the deputies have compiled the Constitution text in the after-war context. The wording of that kind is no longer applicable today. Law enforcers and scientists also supported the idea, calling the language used in the Constitution pseudo-scientific colonial terms.

The leader of the Conservative Party, Torsten Freim, believes that it is all the game of words and has nothing to do with xenophobia. Stefan Siebert said that Angela Merkel is for the public discussions of the topic.

The Bremen Parliament has already voted for removing the word “race” from the Constitution.