Germany opens up Oxford/AstraZeneca vaccine to all adults 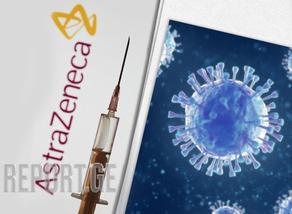 Germany Thursday opened up the use of the Oxford/AstraZeneca coronavirus vaccine for everyone over the age of 18 in order to speed up immunization efforts, Health Minister Jens Spahn announced.

Speaking at a press conference in Berlin following talks with Germany's 16 state-level health ministers, Spahn said the vaccine should become available to all, regardless of their medical history.

"We agreed today to completely abolish the prioritization of AstraZeneca's vaccine — this means that when vaccinations are administered in doctors' offices, it is the doctors who decide who is to be vaccinated and when, at their own discretion," he said, adding that "the vaccine can only be administered after the patient has been informed [about potential risks] by the doctor and an individual decision has been made."

The move came after AstraZeneca's vaccine experienced a drop in popularity in Germany earlier this year following reports of rare blood clots in some patients and a subsequent recommendation by national health authorities to only administer the jab to those over the age of 60. The European Medicines Agency has backed continued use of the Oxford/AstraZeneca vaccine in all adults, while confirming a "possible link" to "very rare" cases of blood clotting.

Doctors in Germany will now also be able to decide on the length of time a patient should wait before getting a second dose, an interval which health experts recommend may range from four to 12 weeks in the case of AstraZeneca.

Earlier in the day, lawmakers in the Bundestag approved a proposal that offers more rights to those who are fully vaccinated. Spahn said given this decision, "many are asking themselves ... when they will get their second vaccination."

"That's why we want to leave the flexibility in the hands of the doctors and the patients," he said.