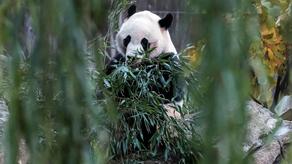 A giant panda named Bei Bei, who spent 4 years in Washington, was transported to China. For one month until the animal gets used to the difference in time, learns to eat different food and the local dialect, it will be quarantined.

Bei Bei was a favorite at the Washington’s National Zoo. The panda was born in 2015 as a result of artificial insemination.

According to an agreement between the Washington Zoo and the Chinese authorities, any panda born there should be sent to China within four years.