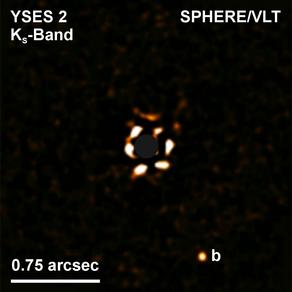 A team of astronomers led by Dutch scientists has directly imaged a giant planet orbiting at a large distance around a sun-like star. Why this planet is so massive and how it got to be there is a mystery. The researchers will publish their findings in the journal Astronomy & Astrophysics.

The planet in question is YSES 2b, located 360 light years from Earth in the direction of the southern constellation of Musca (Latin for The Fly). The gaseous planet is six times heavier than Jupiter, the largest planet in our solar system. The newly discovered planet orbits 110 times more distant from its star than the Earth does from the sun (or 20 times the distance between the sun and Jupiter). The accompanying star is only 14 million years old and resembles our sun in its childhood. 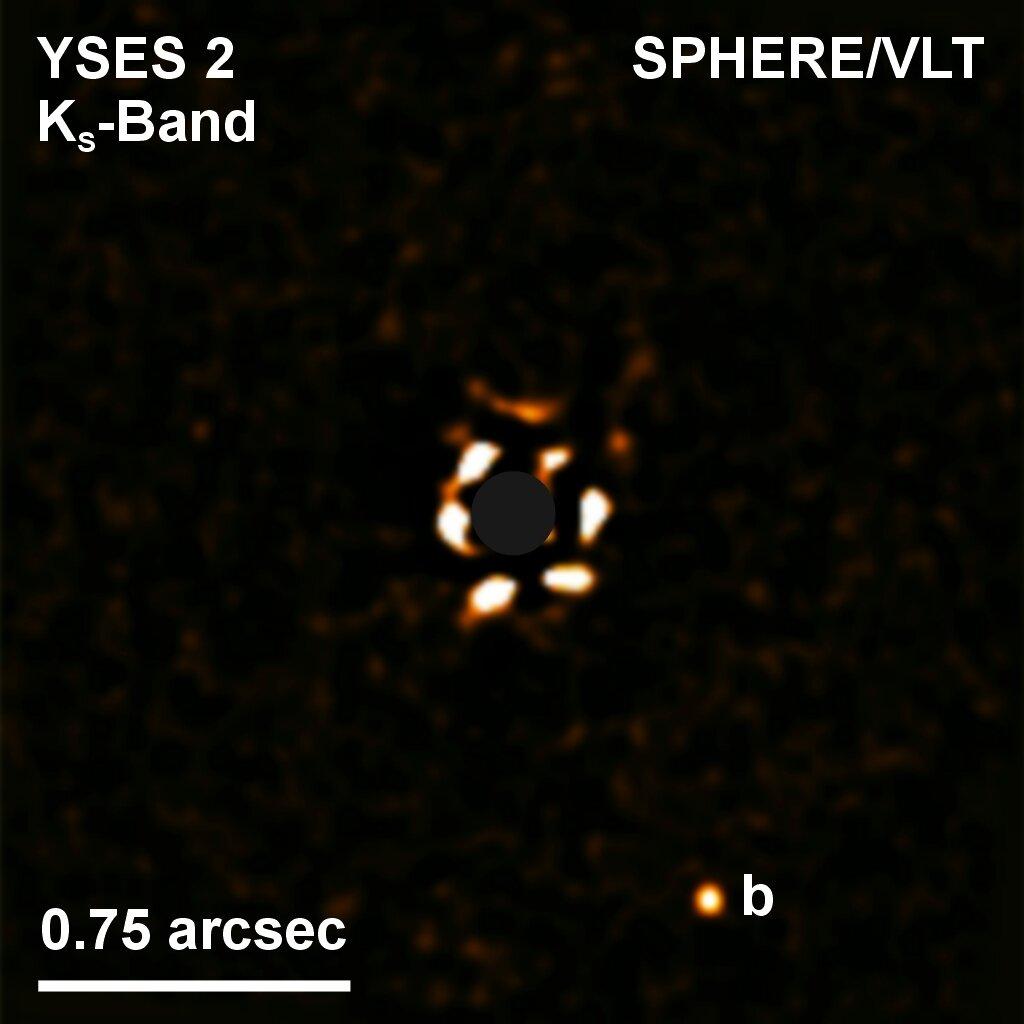