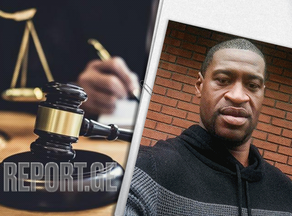 Americans anxiously awaiting a verdict in the trial of Derek Chauvin reacted with jubilation and relief on Tuesday after a jury found the former Minneapolis police officer guilty of murdering George Floyd during an arrest last May.

A 12-member jury found Chauvin, 45, guilty of all three charges against him - second- and third-degree murder and manslaughter - after hearing three weeks of testimony and deliberating for just over 10 hours.

On 25 May 2020, the 46-year-old black man died with his neck pinned to the street under police officer Chauvin's knee in Minneapolis, Minnesota, United States.

George Floyd Square, the Minneapolis traffic intersection named after him, has become a place of pilgrimage and protest since Floyd's death made him the face of a national reckoning with racial injustice and police brutality.

His dying words, "I can't breathe," were recalled in street demonstrations against his killing that convulsed the United States and the world last year in the midst of the coronavirus pandemic.