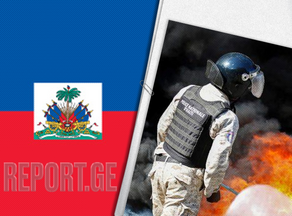 More than 400 inmates escaped from a prison in Haiti on Thursday, authorities announced on Friday. Some 25 people were also killed in the incident, including the director of the prison, DW reports.

Police also killed Arnel Joseph, the leader of one of the country's most powerful gangs, following his escape from the Croix-des-Bouquets prison in the capital city of Port-au-Prince. He was shot by police at a checkpoint after pulling a gun, a police spokesman said.

The jailbreak was the deadliest in a decade. Among the casualties were six inmates, one police officer and the head of the prison, Paul Hector Joseph, Secretary of State for Communication Frantz Exantus announced on Friday. Civilians were also killed in the ensuing violence.

Authorities said they had recaptured 60 of the convicts, but more than 200 were still on the run.