Heavy snowfall kills 21 people in the US 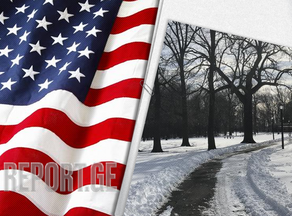 Seventy percent of the US is covered in snow; severe conditions are seen in Texas, Louisiana, and Kentucky, Reuters reveals.

Heavy snowfall has reportedly killed at least 21 people. Thousands of people were left without electricity in the disaster zones, while thousands of flights got delayed.

According to the National Meteorological Service of the country, record frosts were recorded in 21 US cities.

Temperatures dropped to -35 and -34 degrees in the cities of Lincoln and Hastings. It was -3.8 degrees in New Orleans.