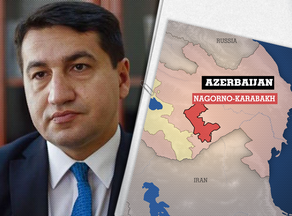 "Rocket attacks on Ganja, Mingecevir, Barda, Tartar and other major cities in Azerbaijan are state terror carried out by Armenia to destroy civilians," the assistant of the President of the Republic of Azerbaijan, and head of the Foreign Policy Affairs Department of the Presidential Administration Hikmet Hajiyev stated.

"What military significance can the market have? This rocket attack was carried out only to destroy the civilian population," Hajiyev said.

Information about one woman, a civilian, killed, and several others injured in the bombing of the town of Barda got released earlier.