Hillary Clinton to release the book 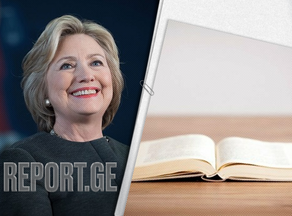 The main character of the novel will be the Secretary of State, recently appointed to the position. She will have to work in the administration of the president, who was once her rival. The conspiracy revolves around a series of terrorist attacks. The protagonist is trying to establish order at times of terrorist acts and universal chaos.

The book, entitled Terror State, will be released on October 12, 2021.