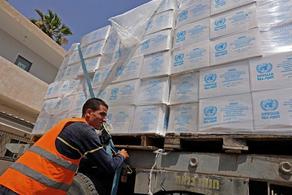 The first convoys of humanitarian aid have arrived in Gaza, hours after a ceasefire between Israel and Palestinian militants came into effect, BBC reports.

Thousands of Palestinians returned home to scenes of devastation with officials saying reconstruction might take years.

The World Health Organization (WHO) called for the creation of corridors for injured people to be evacuated.

More than 250 people were killed in the 11-day conflict, most of them in Gaza. Both Israel and Hamas claimed victory.

In southern Israel, residents celebrated the truce but many expressed concern that another conflict in the region was just a matter of time.