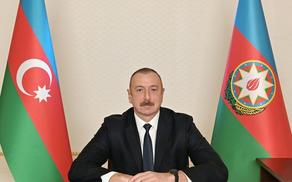 "The President of Azerbaijan arrived in Moscow, where he was met by the Deputy Minister of Foreign Affairs of Russia Andrey Rudenko, representatives of the Russian Foreign Ministry and the Embassy representatives in Moscow. Currently, Aliyev's cortege is heading to the Kremlin," said Azerbaijan's Ambassador to Russia, Polad Bulbuloglu.

Earlier, it was reported that the plane of the Prime Minister of Armenia landed in Moscow.