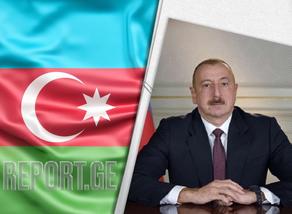 The President of Azerbaijan, Ilham Aliyev, attended the opening ceremony of the Military Airfield of the Armed Forces in the Nakhchivan Autonomous Republic, Azerbaijani media reports.

According to local media, during his visit to Nakhchivan, Ilham Aliyev took part in presenting the new runway at Nakhchivan International Airport.