Ilham Aliyev: Azerbaijan is a country with a very high level of religious tolerance 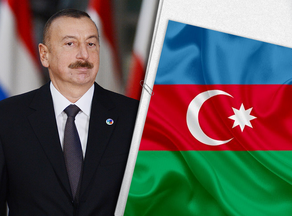 "I would like to note that Azerbaijan is a country with a very high level of religious tolerance, as noted by all leading international organizations, including the United Nations," said the President of the Republic of Azerbaijan, Ilham Aliyev, in an interview with France 24.

According to him, Pope Francis, the head of the Catholic Church, openly stated that intercultural and inter-religious dialogue is very high in Azerbaijan during his visit to Baku.

"You have probably seen the Armenian Church in the center of Baku restored by us. We preserve it as a heritage of the Armenian people. We keep more than 5 000 ancient Armenian books in this church. But what did Armenia do to our mosques? What happened to Aghdam, Shusha, and Fizuli mosques? They not only destroyed them but even kept cattle there. They kept pigs, thus insulting not only our feelings but the feelings of all Muslims," Aliyev said.

Asked by the presenter what he would say about the video footage of churches bombed in Karabakh, the President of Azerbaijan replied:

"I'm not saying we did it for revenge, no. We have to look into this. We're not sure what happened. There are suspicions that Armenians did it to blame us. If the Azerbaijani military did it, then something went wrong. Our targets do not include historical and religious places," said Ilham Aliyev.