Ilham Aliyev: There is no more Nagorno-Karabakh conflict 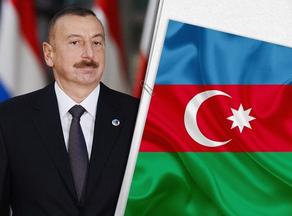 "Our victory is historic. We have liberated several districts from the enemy on the battlefield, recaptured three districts, forced the enemy, and thus resolved the Nagorno-Karabakh conflict," said Azerbaijani President Ilham Aliyev in a speech to the population.

"Now, there is no Nagorno-Karabakh conflict. If anyone thinks that this conflict is still going on, they are mistaken. The people living in Nagorno-Karabakh today are citizens of Azerbaijan. I want to state that they will see that their lives within united Azerbaijan will be good. They will be freed from the poverty," Aliyev said.