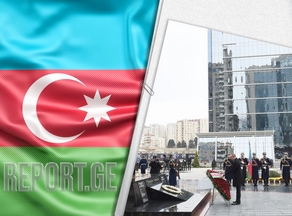 President of Azerbaijan Ilham Aliyev visited the Mother's Cry Memorial on the 29th anniversary of the Khojaly Massacre.

Ilham Aliyev laid a wreath at the memorial and paid tribute to the genocide victims.