Ilham Aliyev: We call on all countries to refrain from supplying weapons to Armenia 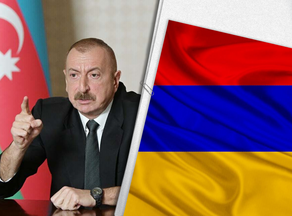 The President of the Republic of Azerbaijan, Ilham Aliyev, is seriously concerned about arms supplies to Armenia, especially after the events in the Tovuz region.

Ilham Aliyev spoke about the issue at the 75th session of the UN General Assembly.

The President of Azerbaijan noted that the hot phase of clashes on the state border ended on July 16. From July 17 to September, hundreds of tons of military equipment were delivered to Armenia by military planes. According to Aliyev, given the financial situation in Armenia, the country can not afford to spend billions of dollars on armaments. There is only one assumption that arms are delivered to Yerevan free of charge.

"Supplying weapons to a country that has carried out ethnic cleansing and is seriously hampering peace talks is pushing it towards a new military provocation," Ilham Aliyev said.

The President of Azerbaijan called on all countries to refrain from supplying arms to Armenia.