Ilham Aliyev: You can see situation is which Armenia is now 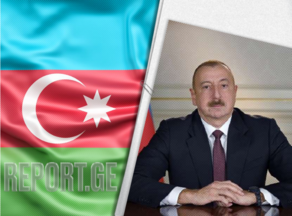 "You can see the situation is which Armenia is now. The country is in crisis; imprisonments are commonplace there, and its democracy is imperiled," Azerbaijani leader Ilham Aliyev said at the ceremony at which Shehids, war invalids and their families were provided with flats in the Ramana settlement, Baku.

"Armenia has never been in a similar deplorable situation. Its leaders are at fault for this. The leaders of the junta that ruled Armenia for 20 years, the Kocharyan-Sargsyan junta, and the next government are to be blamed. The government that came into power next had to choose between two options: pursue the occupation policy or voluntarily leave our land. We provided them with this chance. Even during the war, I reiterated that they could have specified the dates when they would have withdrawn troops from different regions of ours, and we would have ended the war. We delivered on our promise _ as soon as they provided us with dates, the war was over. However, they were forced to specify the dates rather than doing so voluntarily. Only after we destroyed their army, devastated their military manpower and defeated them, were they made to sign the capitulation treaty and recognize our victory," Aliyev declared.