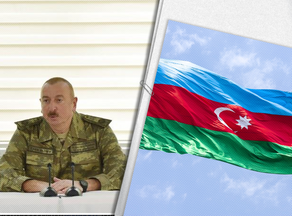 "The Azerbaijani army entered the Zangilan region," the President of the Republic of Azerbaijan, Ilham Aliyev, addressed the population.

Aliyev said the Zangilan city and six villages in the district got liberated from occupation.

The head of Azerbaijan noted that also the following residential settlements were liberated from occupation:

According to Ilham Aliyev, he keeps his promises.

"For me, as President, the main task is to return the lands of Azerbaijan, to restore territorial integrity. Negotiations, which have been going on for almost 30 years, have failed. The fortresses built by the Armenians in the occupied territories indicate that they did not intend to return them. They were lying to the international mediators and us and wasting time," Ilham Aliyev said.

According to the President of Azerbaijan, they are on the verge of a big comeback. All Azerbaijani IDPs have lived with this dream for many years.

"We created excellent conditions for many; as you know, we plan to hand over 7 000 flats to IDP families this year alone. Houses and apartments have been handed over to more than 300 000 IDPs," Aliyev said.