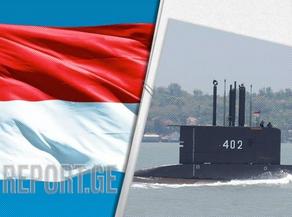 Debris from an Indonesian Navy submarine that disappeared this past week with 53 people aboard has been found deep in the Bali Sea, confirming fears that the vessel sank and cracked, The New York Times reports.

The submarine, the KRI Nanggala-402, disappeared early Wednesday off the Indonesian island of Bali while conducting torpedo drills. Emergency signals to the vessel after it failed to make contact went unanswered.

The debris discovered on Saturday included items from inside the submarine: sponges, parts of Muslim prayer mats, bottles for grease used to lubricate periscopes. Bodies of the crew members had not been found, said the chief of staff, Adm. Yudo Margono.

The Nanggala was built to withstand pressure of up to 500 meters deep, but sonar seemed to indicate that the submarine sank to a depth of about 850 meters, well below what is referred to as “crush depth.” At that depth, even the steel hull of a submarine would almost certainly fracture from the pressure.