Iran threatens Israel and the United Arab Emirates with strikes 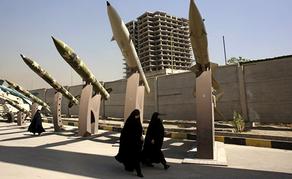 CNN writes based on the Telegraph Channel of the Corps that the Islamic Revolutionary Guards Corps of Iran is threatening to strike the city of Dubai and the Israeli Haifa.

The Islamic Revolutionary Guards Corps considers Israel as the participant in the killing of General Soleimani.

"In the context of this crime, we do not separate Israel from the United States," the statement reads.

Ali Khamenei, the Supreme Leader of Iran in an undated video released by the Fars News, in front of a crowd of people states that the US can hurt Iran, but with this kind of action, they will hurt themselves even more.

"During the Obama presidency, I said that their time is behind us. If you attack, you get a punch back," Ali Khamenei said.

According to the BBC, Khamenei spoke about Iran's missile attack on US bases in Iraq.

The citizens responded with the phrase: "Death to America."

Ali Khamenei noted that when it comes to confrontation, such military action is not enough.

"The important thing is that the harmful presence of the United States must end here," said the Supreme Leader of Iran.

Iran has launched a missile attack on US bases in Iraq.