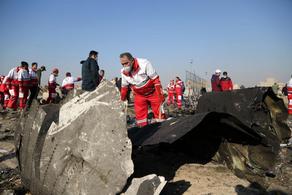 As reported by IRNA, records from the flight recorder of a downed Ukrainian Boeing-737 in Iran will be sent to France, said the head of the crash investigation department of the Civil Aviation Organization of Iran, Hassan Rezaifar.

According to Hassan Rezaifar, Iran used all its capabilities to study the contents of the black box, while the country lacks the necessary technologies for decoding data from the recorder.

The Head of Civil Aviation of Iran said the decision to send the recorder to France had been made before the information on the jet crash reasons became known to the society.