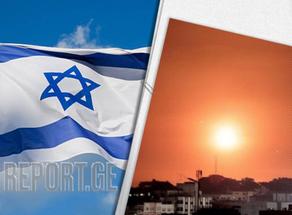 As the war between Israel and Hamas militants in the Gaza Strip lit up the skies and sent civilians running for cover for a fifth night running on Friday, diplomats stepped up efforts to try and end the violence, Reuters reports.

As Gazans marked a grim Eid al-Fitr feast marking the end of the holy month of Ramadan and Israel began a holiday weekend with no sign of an end to fighting, casualties spread further afield, with Palestinians reporting 11 killed in the West Bank amid clashes between protesters and Israeli security forces.

The Israeli military said more than 2,000 rockets had been fired from Gaza into Israel since the start of the conflict, around half of which were intercepted by missile defence systems and 350 fell into the Gaza Strip.

At least 126 people have been killed in Gaza since Monday, including 31 children and 20 women, and 950 others wounded, Palestinian medical officials said.

Among eight dead in Israel were a soldier patrolling the Gaza border and six Israeli civilians, including two children, Israeli authorities said.

Ahead of a session of the U.N. Security Council on Sunday to discuss the situation, Biden administration envoy Hady Amr, Deputy Assistant Secretary for Israel and Palestinian Affairs, flew in on Friday.

The U.S. Embassy in Israel said the aim of his trip was "to reinforce the need to work toward a sustainable calm."

Israel launched day-long attacks to destroy what it said were several km (miles) of tunnels, launch sites and weapon manufacturing warehouses used by the militants in an effort to halt the rocket attacks.

The Israeli operation included 160 aircraft as well as tanks and artillery firing from outside the Gaza Strip, Israeli military spokesman Lieutenant Colonel Jonathan Conricus said. It included a bank that, Israel said, handled the day-to-day cash flow of Hamas and its armed wing.

There have also been clashes between Jews and Israel's minority Arab community in mixed cities across Israel. The Israeli police said they had arrested at least 23 people over the unrest.

The Israeli army said late on Friday three rockets had been fired from Syria at the Israeli-controlled Golan Heights but there were no reports of any damage.