Issues Erdogan and Putin will discuss in Sochi 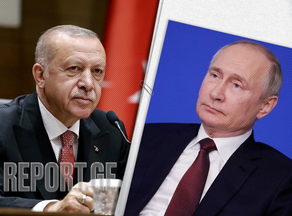 He said that preparations for the meeting between Putin and Erdoğan, scheduled for September 29 in Sochi, are ongoing.

Peskov noted that the sides would also discuss bilateral relations at the meeting, including issues of the economy and joint projects.