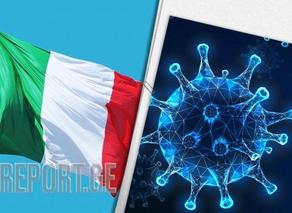 In Italy newspapers are reporting that the government is considering imposing the strictest Covid-19 curbs on regions with more than 250 weekly virus cases per 100,000 inhabitants, The Guardian reports.

Italy has established a four-tier colour-coded system (white, yellow, orange and red) with curbs calibrated according to the infection levels and revised every week, Reuters reports.

On Sunday it was reported that the government is now considering automatically turning regions into red zones if the threshold of 250 weekly virus cases per 100,000 inhabitants is breached.

Possible measures from mid-March include making the entire country a red zone for three or four weeks, La Repubblica said.

"The second wave never stopped, we’re seeing a very strong pickup due to the variants, which is leading us to take measures that are ever-more restrictive."