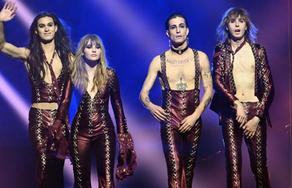 Italian Måneskin with the song Zitti E Buoni has become a winner of Eurovision Song Contest 2021.

France lagged behind Italy as it had accumulated 499 points.

The final show of Eurovision was held in Rotterdam, the Netherlands. A total of 39 countries participated in the concert.

The semi-finals were held earlier. Georgian singer Tornike Kipiani took part in the second semi-final show but was not qualified for the final.