Jens Stoltenberg: NATO has important partners in the Black Sea - Georgia and Ukraine 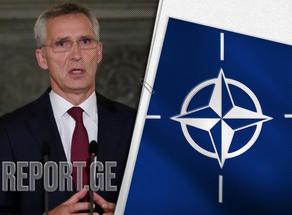 "The North Atlantic Alliance has important partners in the Black Sea - Georgia and Ukraine," Jens Stoltenberg, the Secretary-General of NATO, said in a speech at the Brussels Forum.

"We are strengthening cooperation with Georgia and Ukraine. We are helping Ukraine to develop its naval capabilities. We are also working with Georgia on the issue of Black Sea security," said Jens Stoltenberg.

NATO summit is being held in Brussels today, where the issue of Georgia will be discussed.

According to the statement of the Ministry of Foreign Affairs of Georgia, it is important that the issue of Georgia is included in the part of the agenda of the summit, which deals with the support of the rule-based international order.

The NATO summit in Brussels, scheduled for June 14 and will be attended by US President Joe Biden.

The summit will include one working session lasting 2.5 hours.

Alliance leaders from 30 countries will have 150 minutes to discuss NATO's new strategic concept. Each speaker will have less than 5 minutes, given the introduction and closing remarks by the organization's Secretary-General, Jens Stoltenberg.

Usually, alliance summits last for two days and consist of 3-4 sessions, which last for several hours.