Jeyhun Bayramov: We are a multi-ethnic society and committed to the principle of equality 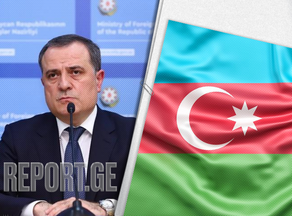 On Zero Discrimination Day, Azerbaijan celebrates the 25th anniversary of its accession to the Convention and elimination of all forms of racial discrimination.

Jeyhun Bayramov, the Minister of Foreign Affairs of Azerbaijan, made a statement on Twitter.

"As a multicultural society with many ethnic groups, we are committed to the principle of equality and to building a better future," he said.