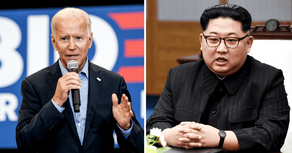 US Democratic Party candidate Joe Biden has shown his concerns over demonstrating a new intercontinental ballistic missile by North Korea.

In Biden's words, if he wins the upcoming presidential elections, he will hold a meeting with North Korea's leader Kim Jong Un to discuss nuclear weapon issues.

"Any meeting would have to be preceded by some serious diplomatic work at a lower level, rather than just granting a meeting between the two leaders, because, as you know, any complicated negotiation on a challenge like the North Korean nuclear issue, you just can't expect two top leaders to do that in a one- or two-hour meeting," Biden said.