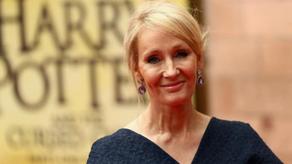 JK Rowling, the author of the world bestseller Harry Potter, is donating £1m to help homeless people and those affected by domestic abuse during the coronavirus pandemic, writes The Guardian.

Announcing the financial contribution, which will be split between the Crisis and Refuge charities, the Harry Potter author said the money would go towards helping some of those hit hardest by the outbreak and the impact of the lockdown.

“Today is the 22nd anniversary of the Battle of Hogwarts, but I am going to be honest and say that it feels inappropriate to talk about fictional deaths today. Too many people are losing loved ones in the real world.

So on this anniversary of a great wizarding victory, I am thinking of the people who are out there doing their jobs to protect us and our way of life. I have three key workers in my immediate family, and like all such relatives, I am torn between pride and anxiety.

As ever in a crisis of this sort, the poorest and most vulnerable are hit hardest, so in honour of the Battle of Hogwarts, I will be making a donation of £1m, half of which will go to Crisis, who’re helping the homeless during the pandemic, and half of which will go to Refuge, because we know that domestic abuse has, sadly, increased hugely during the lockdown.”- said Rowling