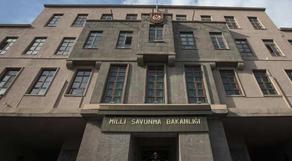 Reports on the involvement of Turkey's military aircraft and unmanned combat aerial vehicles are not close to the truth, the statement by Turkey's Ministry reads. In the statement, it is also underlined that the Azerbaijani armed forces can gain a victory without other's assistance.

On September 29, Press secretary of the Armenian Minister of Defence Shushan Stepanyan said that the Turkish F-16 was shot in Armenian air space; however, both Ankara and Baku defined this news as fake. On September 30, Stapanyan added that two UAVs of the opponent were shot in the air.