Kelly Degnan: The release of 15 Armenian citizens will contribute to stability in the region 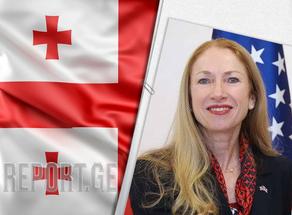 US Ambassador to Georgia Kelly Degnan facilitated the release of 15 Armenian nationals detained during the conflict by the Azerbaijani side with Irakli Gharibashvili and the involvement of the Acting Assistant Secretary of State for European and Eurasian Affairs Philip Reeker.

"The United States welcomes the release of the detainees. These are steps that will contribute to the much-needed stability in the region. We highly appreciate the role of the Prime Minister and Georgia. This is an example of what can be achieved for stability in the region when three countries work together. It also means the prosperity of the region. The US government was proud to see such a successful outcome, which sends a powerful message - the need for stability, for further steps to end this long conflict," said Kelly Degnan.

According to the Georgian government, the Azerbaijani side has released 15 Armenian citizens detained during the conflict, who will return to the territory of Armenia via Georgia.