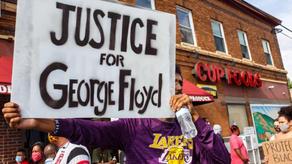 LA police announced illegal the rally in the city center triggered by the motive of George Floyd murder, reports CNN.

Police demanded people stay indoors and the shops to close. People in the street to leave the territory immediately summoned police. Police warned those who disobey the demand to be arrested. Police decided due to the fact of frequent vandal attacks to law enforcers in the last period.

Reminder: It is already several days that the riot is taking place in Minneapolis city of the USA.

Riots are taking place in Minneapolis and many other cities of the United States.