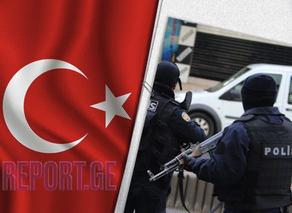 The Turkish Interior Ministry has launched a large-scale anti-terrorist operation in the provinces of Şırnak and Hakkâri, TRT Haber reports.

The operation is being carried out together with anti-terrorist operations of the Turkish Armed Forces, called Pençe şimşek and Pençe Yıldırım in northern Iraq.

As part of the anti-terrorist operation "Eren," which launched in Turkey on January 11 this year, 22 terrorists and 75 of their accomplices were arrested. Also, 666 caves and shelters where terrorists were hiding supplies of their weapons and ammunition were destroyed.