Lawsuit filed against Lukashenko at German prosecutors office 10 May, 2021  11:46 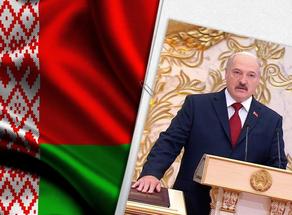 The applicants accuse the President of Belarus of violence, torture, and other crimes against humanity.

German lawyers have appealed to the German Federal Prosecutor's Office on behalf of these ten people, including Valery Samolazov and Kasper Sinitsky. According to them, during the protests after the August 2020 presidential election, the security forces used force against the civilian population, for which Lukashenko is responsible.

According to lawyers, those detained during the protests in Belarus were subjected to various forms of bodily harm and torture after being transferred to the prosecutor's office. The victims have repeatedly reported the incident. However, no criminal case has been filed against the Belarusian security service.

The purpose of filing a lawsuit with the German Federal Prosecutor's Office is to declare the President of Belarus, Alexander Lukashenko, a terrorist.