London act of terror one person liquidated by the police 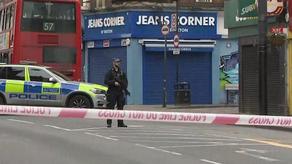 Several people are stabbed in Strattham, South London. Skynews publicized information. The police twitted the statement, according to which the police opened fire and killed the guilty.

#INCIDENT A man has been shot by armed officers in #Streatham. At this stage it is believed a number of people have been stabbed. The circumstances are being assessed; the incident has been declared as terrorist-related. Please follow @metpoliceuk for updates