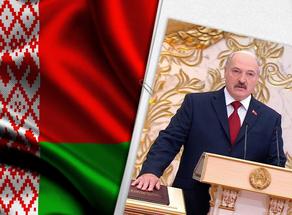 A new draft constitution for Belarus, which President Alexander Lukashenko has touted as a solution to a political crisis but the opposition rejects as a sham, will be drawn up this year, Lukashenko said in an interview to be broadcast on Sunday, Reuters reports.

Belarus has seen protests since an August 9 presidential election which Lukashenko says he won but the opposition says was stolen. Thousands of protesters have been rounded up and nearly all opposition political figures have been driven into exile or jailed.

Though demonstrations have ebbed over the past five months, social media videos showed hundreds of protesters on Sunday carrying red and white opposition flags at small rallies in Minsk, chanting for Lukashenko to resign.