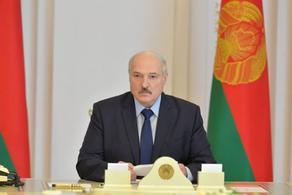 Belarusian President Alexander Lukashenko said he wanted to speak to Russian President Vladimir Putin, warning street protests were not a threat only to Belarus, writes Reuters.

"There is a need to contact Putin so that I can talk to him now because it is not a threat only to Belarus anymore… today defending Belarus means the defending of the all Commonwealth countries," – said Lukashenko.

The presidential elections in Belarus officially resulted in an 80.1% victory by the acting president Alexander Lukashenko. His primary opponent, Svetlana Tsikhanovskaya, has gained 10.12% of votes.