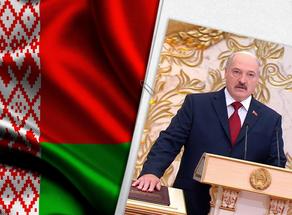 Belarusian President Alexander Lukashenko said he will sign a decree allowing the transfer of presidential power to the security council if he were to become unable to perform his duties, Reuters reports based on the Belta news agency.

"Tell me, if there is no president tomorrow, would you guarantee everything is going to be fine? No," he told reporters during a visit to areas affected by the Chernobyl nuclear disaster in April 1986, according to Belta.

"I will sign a decree about how the power in Belarus will be set up. If the president is shot, the next day the security council will get the power," Lukashenko said.

According to the current procedure, if the president's position becomes vacant, or he is unable to fulfill his duties, his power is transferred to the prime minister until a new president takes oath.

The prime minister would head the security council if the president is absent, Lukashenko added.

Lukashenko, 66, who has ruled Belarus since 1994, has faced street protests following a presidential election in August 2020. He said he would only step down if there was no protests or revolutionary activities in the country.