Malawi has a new President 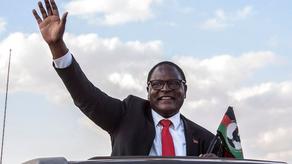 Chakwera secured the required majority, with 58.57% of the vote. Reportedly, 64,81% of the population participated in the poll.

In February, the judiciary infuriated Mutharika, 78, by overturning the result of the May 2019 election that had given him a second term, citing irregularities and ordering a re-run. Mutharika’s disputed win sparked months of anti-government demonstrations, a rare sight in Malawi. Mutharika said there had been voting irregularities, including violence and intimidation against his party’s election monitors, but the electoral commission dismissed the complaint. The opposition has denied the allegations.

The presidential elections in Malawi took place on June 23.