Man arrested after two paramedics stabbed during 999 call out 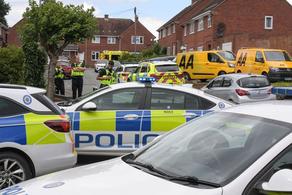 Two West Midlands Ambulance Service paramedics have been stabbed during a 999 call out today.

A man was arrested at the home by a police officer who accompanied the medics on the "safe and well" check.

The attack happened at a maisonette in a converted house in Wolverhampton at around lunchtime.

The paramedics, a man and a woman, were treated before being taken to hospital where their condition is described as stable.

A 52-year-old man was arrested on suspicion of wounding at the scene.

He will be questioned in due course.