Man murders neighbour over 'When are you getting married?'question 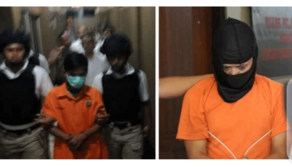 Local residents said that Faiz was sitting in front of his house when his pregnant neighbor passed by and talked to him.

As a police spokesperson shared:

“The suspect revealed that the woman said, ‘Faster get married, the others are already married, why aren’t you getting married yet?’ These words offended the suspect.”

Fiaz Nurdin confessed to the crime and was sentenced to life imprisonment.