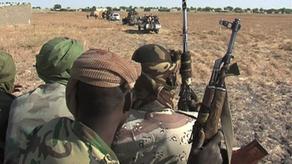 On the border of Chad, members of an extremist group Boko Haram killed at least 12 militants and wounded 8 in an attack in Nigeria.

The militants opened fire and killed several extremists. Their number is not specified. Boko Haram operates mainly in Nigeria, but from time to time attacks neighboring states, Niger and Cameroon.