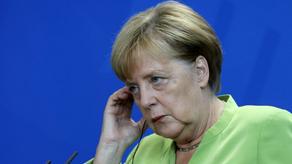 Germany's Chancellor Merkel called the Navalny case "attempted murder with a nerve agent" adding that she expected Moscow to explain its position. Navalny was flown to Berlin for treatment after falling ill in Russia.

Angela Merkel said there was "shocking information" that showed "beyond a doubt" that the apparent poisoning of Alexei Navalny was "an attempted murder with nerve agent" after a toxicology test in Germany showed that the opposition leader had been targeted with Novichok.

Merkel said Navalny was "the victim of a crime intended to silence him." She said the gravity of that fact made it important for her to "take a clear stance."

The chancellor said the case raises "very serious questions that only the Russian government can answer — and must answer," adding, "the world will wait for an answer."