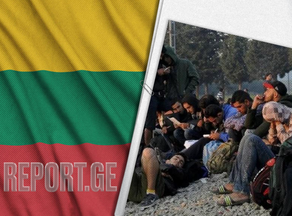 The Lithuanian authorities have offered money to illegal migrants from Asia and Africa to return to their homeland. The head of the local bureau of the International Organization for Migration, Eitvydas Bingelis, announced on radio LRT.

"The exact amount has not been determined yet. The amount of money will not be issued in cash," he said.

He explained that the money was allocated to reimburse reintegration costs in the country from which the migrant left.

"It could be compensation for rent, training, financial support to start an entrepreneurship initiative," he said.

As a rule, migrants pay up to 10 thousand euros to the organizers of illegal trafficking to move to the EU. For this, they have to sell apartments and houses, and if they return to their homeland, they no longer have a place to live.