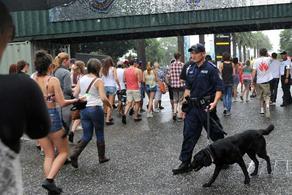 Police used the right to conduct strip search of 122 minor girls in the regions of South Wales of Australia. This is the data for three years only. According to the information provided by Samantha Lee, a representative of Redfern Legal Center the youngest of the girls is 12 years old. Shen was asked to publicly undress but failed to find anything. Samantha Lee reports that most of the cases have the same result.

The police in Australia has the right to strip search minors without having consent from parents. The law also permits to conduct strip search publicly.

Adaptation of the law was justified by the necessity to fight terrorism which is more efficient through the proposed method.

“I believe that the police will not abuse the method. I have minor kids and I am ready to let the law enforcers to search them any time if they have doubt”, said the Police Minister, David Eliot.

David Shoebridge, the chairman of the Party of Greens considers that the search must not be conducted publicly.