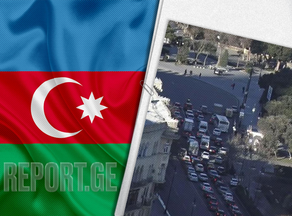 A minute of silence was observed in memory of the victims of the Khojaly tragedy in Azerbaijan. At 17:00, traffic and pedestrians stopped in the country.

The state flag was down in Baku, other cities and districts, settlements, villages, and diplomatic missions of Azerbaijan abroad.

Twenty-nine years have passed since the Khojaly tragedy.