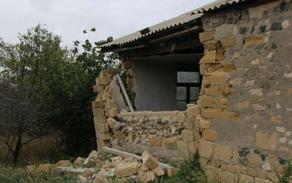 According to Hikmat Hajiyev, the Assistant to the Azerbaijani President and Head of the Foreign Policy Department of the Presidential Administration, another Azerbaijani civilian has been killed by the Armenian Armed Forces.

"One more civilian was killed by the Armenian armed forces in the Tap village of the Goranboy region. The missile landed on the roof of their house. Armenia's war crimes continue," Hikmat Hajiyev tweeted.