More than 100 migrants drown at coast of Libya 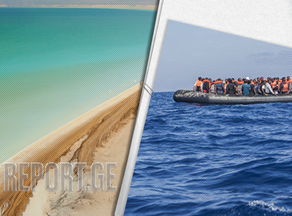 Rescuers continue to search for missing migrants on the Libyan coast. Three rubber boats loaded with refugees, with an estimated 130 people on board, overturned due to strong waves. The ship of SOS Mediterranee, a non-governmental organization, was sent to rescue the refugees, but so far, only a few bodies and the remains of a boat have been found. Rescue operations are complicated by waves, which reach 6 meters.

Libya is currently one of the main routes for African migrants to enter Europe. Refugees fleeing poverty and conflict are trying to enter developed countries illegally, by sea. This journey often crosses the edge of life for them and ends fatally.