NASA announces date of sending first woman to the moon 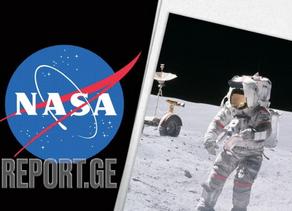 The US National Aeronautics and Space Administration (NASA) intends to send the first woman on the moon by the end of this decade, DW reports.

They mean the NASA space program "Artemis." In December 2020, the office presented nine astronauts to participate in the first missions.

The examination of the Earth's satellite within the "Artemis" program will contribute to many scientific discoveries.

The last landing of NASA astronauts on the moon took place in December 1972.